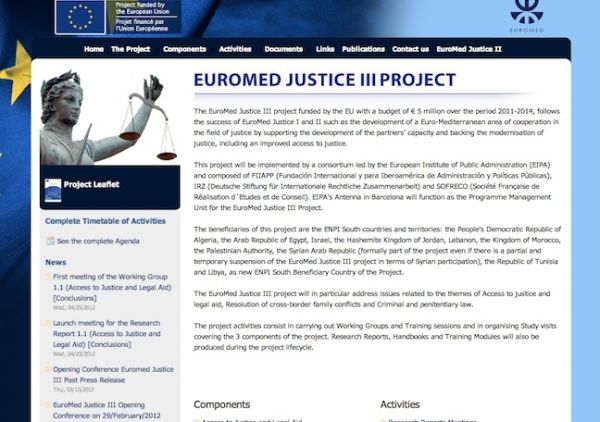 The EuroMed Justice III project funded by the EU with a budget of € 5 million over the period 2011-2014, follows the success of EuroMed Justice I and II such as the development of a Euro-Mediterranean area of cooperation in the field of justice by supporting the development of the partners’ capacity and backing the modernisation of justice, including an improved access to justice.

Following the latest EU standards for support towards use of open-source standards, Apogee has deployed a Drupal-based solution to manage the public information dissemination and private collaboration needs for the project.
Interested in our products or services? 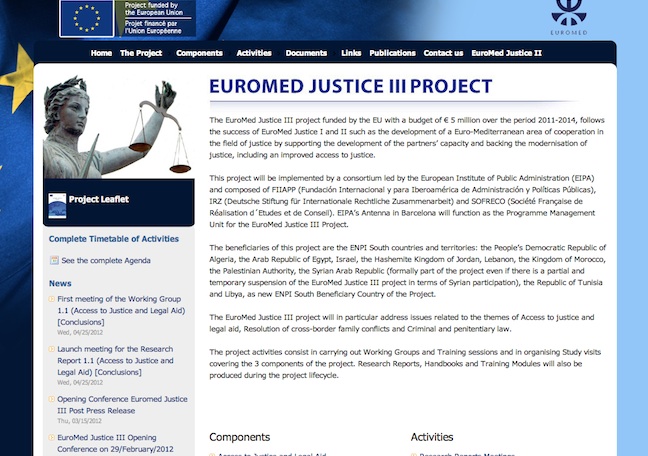