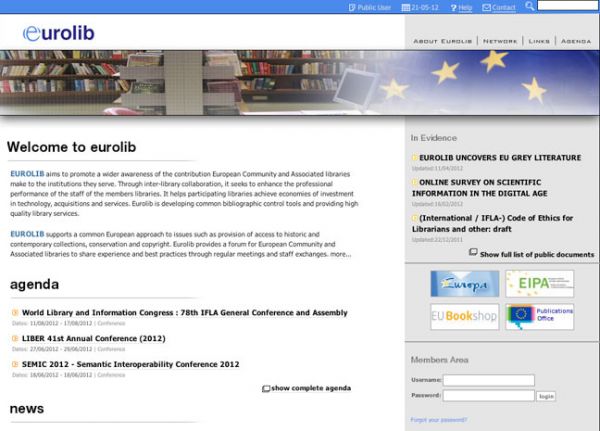 The official website of the European Library Network, eurolib, was successfully completed and is open to the public as of today by Apogee Information Systems. The new webpage offers to the visitors the possibility to read information about the network's activities, its contribution to the work of the Communities as well as the upcoming events organized by eurolib member-libraries. Moreover, registered users can access the online databases of the participating libraries and look-up for titles stored in them. Eurolib is a grouping of European institutional libraries organised on the basis of an agreement adopted by Resolution at a General Assembly in Dublin, in 1997. This meeting was the 13th General Assembly of a previously informal grouping established on the initiative of the Secretary-general of the European Parliament in 1988. Eurolib's aim is, among others, to inform the public about the contribution of the institutional libraries role in the promotion of the work of the European Union to the people of the member-countries.
Interested in our products or services? 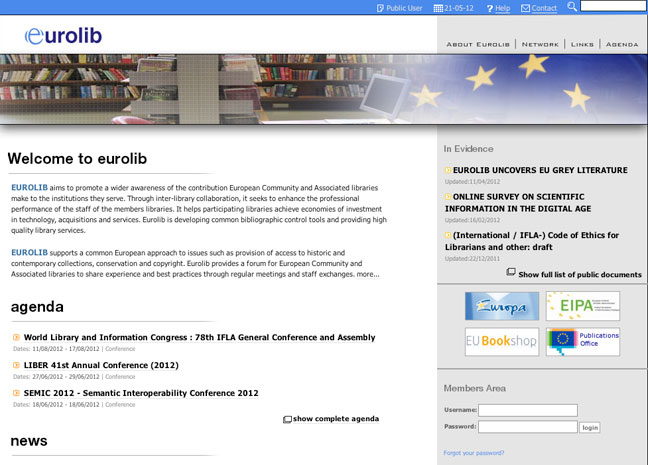