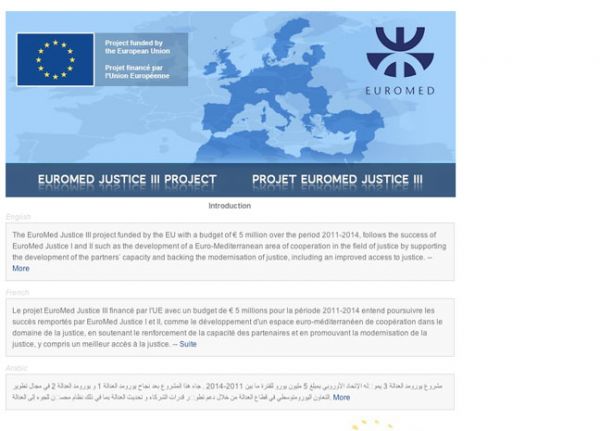 Apogee Information Systems has successfully completed and presented to the public as of 21st January 2009 the official website of the EuroMed Justice II project, under the administration and management of the European Centre for the Regions, EIPA\'s antenna in Barcelona. The webpage developed by Apogee is based on the need for clarity in the presentation of information and details of the project and guarantees a smooth navigation experience to users who seek to be informed on the EuroMed Justice project. EuroMed Justice is an initiative of the European Commission benefiting the countries of the Mediterranean through improved ties and cooperation on judicial matters between these countries and the European Union. The project is scheduled to run until 2011 and it is managed by the European Institute for Public Administration (EIPA) and its Barcelona branch with an overall budget of 5 million Euro and working groups on access to justice and legal aid, criminal and prison law and resolution of cross-border family conflicts.
Interested in our products or services? 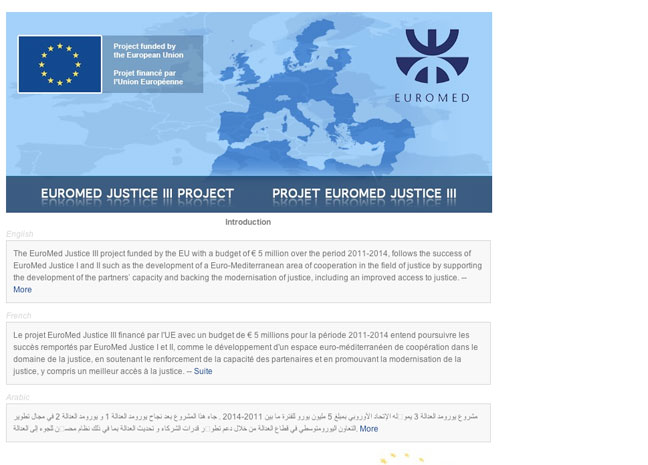